Just how early is too early for Christmas decorations? People across Canada have called for stores to respect Remembrance Day by leaving decorations down until Nov. 12. The requests are backed by a recent Sensors Quality Management survey of 500 people that found 78% think decorations shouldn’t go up until after Remembrance Day.

More than half think stores should wait until December. 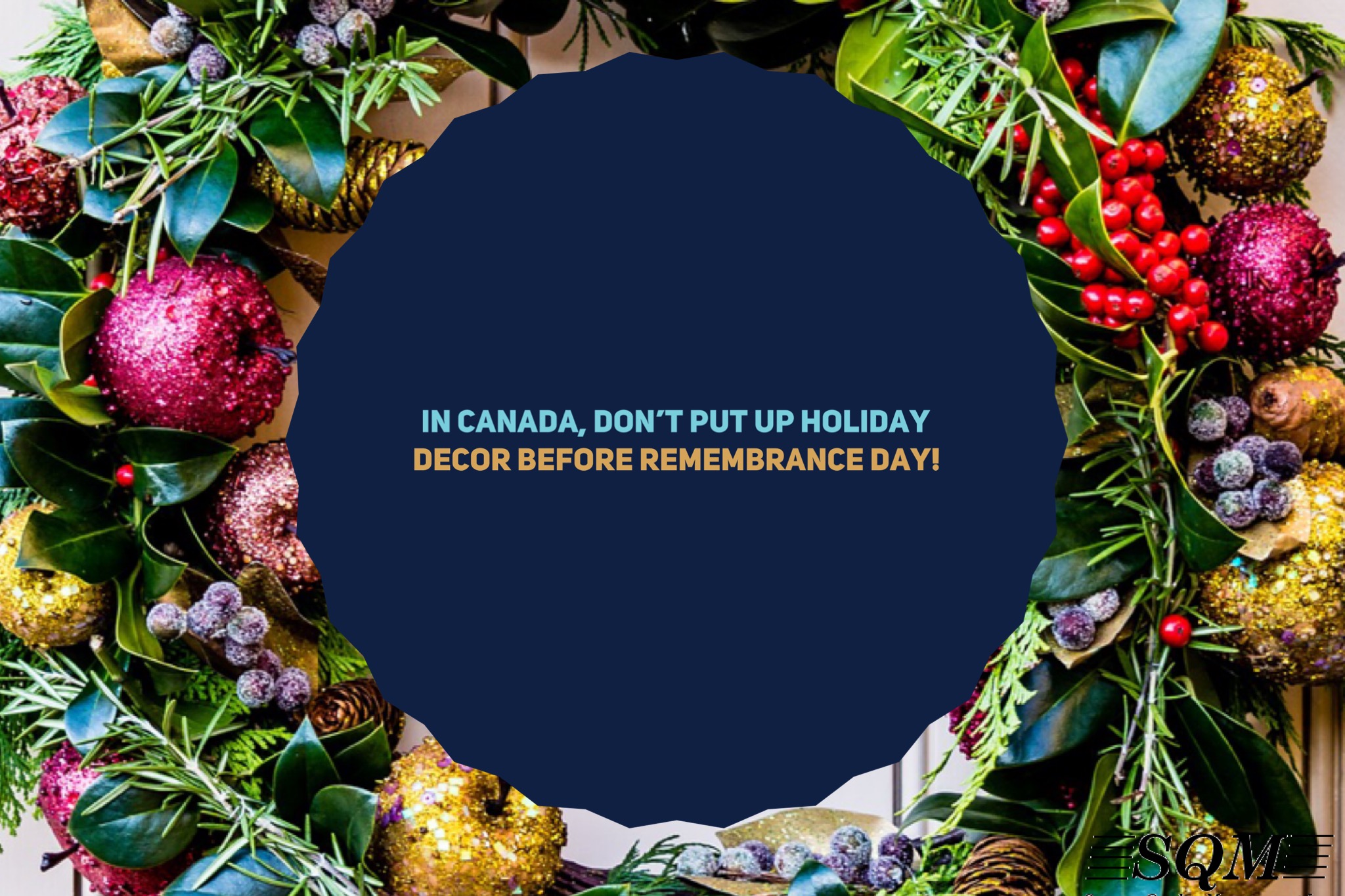 "I think it's wrong to put up Christmas stuff before Remembrance Day. How about stores wait until the 15th of November?" Stephen Christian said.

Both @ZandraRowland and @ZepFan1976 suggested that coffee companies such as Tim Hortons and Starbucks have a Remembrance Day cup from Nov. 1 to 11, instead of the Christmas cups released last week

The @MadeInCanada account received more than 400 retweets and 700 likes for a post asking retailers to respect veterans by not putting up decorations until Nov. 12.

Toronto also came under criticism for erecting a Christmas tree in Nathan Phillips Square on the weekend, although it won’t be lit until a ceremony on Nov. 28

"Maybe next year Toronto City Hall could wait to put up the Christmas tree until after Remembrance Day @JohnTory," Michelle Briscoe said on Twitter.

Businesses promoting Christmas early in the year has been an issue for some time. In 2012, Shoppers Drug Mart stopped playing Christmas music in early November following customer complaints.

Each year, stores turn their thought to Christmas earlier and earlier. The basement of Yonge St.’s Hudson’s Bay store was transformed into a winter wonderland in September this year, two weeks earlier than 2014.

In Windsor, a Costco store was trying to flog Christmas trees as early as August.

"It should be law to wait until after Remembrance Day to begin Christmas celebrations. They gave us the freedom to celebrate. Respect them!" said Alex Freeman.

Some people are asking that putting up decorations before Remembrance Day be made illegal.

In Orangeville, Christmas lights are already banned in public spaces before Nov. 12.

Across Canada, stores are deciding to enact their own no-decorations-before-Nov.-12 rule.

Bigway Foods in St. Pierre Jolys, Man., has put up signs saying "Lest We Forget" out of respect for veterans sacrifice.

"In a way, yes, I think it is [disrespectful to put decorations up before Remembrance Day]," said store worker Aurise McFarlane.

"Veterans and their families gave up a lot, sometimes their lives. We have to show a little bit of respect for them."